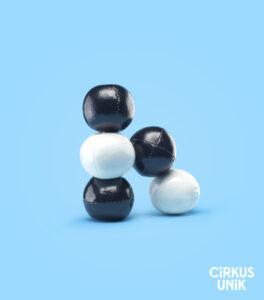 For me as an educator for this student, I have noticed and seen many positive changes. Sara started with closed walls on the circus classes and an uncertainty with us but mostly with herself. She showed a lot of attitude and used it as her defence. She was afraid to cooperate with the others (besides her closest girlfriends) and pretended she had stomach ache when we were to test new things that she did not want / dared to do. When I started to see changes with her was in the middle of the semester when we started to use a chart, the Value Wheel. Because then she did not only get a challenge herself but also a challenge together with the others in the group.

Sara needed a goal with the circus and when she got it she became positive, wanted to help the others and most importantly, be kind to herself. She came to the classes and greeted us teachers, wanted to talk to us and wanted us to be a part of her life. She told us a lot about herself, and asked us about things. Then at the end, she volunteered that she wanted to be Mother Nature in the closing show and dared to do so. She tested everything we asked her to do but still dared to say when she thought something was a bit (I quote) “Scary”. Gaining that trust from her was great and something I have appreciated immensely.

She dared to communicate with us, and she gave confidence to many in the group as she sometimes comforted and “cheered” the other students in the group. Sara is a very nice and caring girl, who has also developed as a circus artist!

* Sara is a fictitious name